Gluten - Why it has to go if you have chronic illness 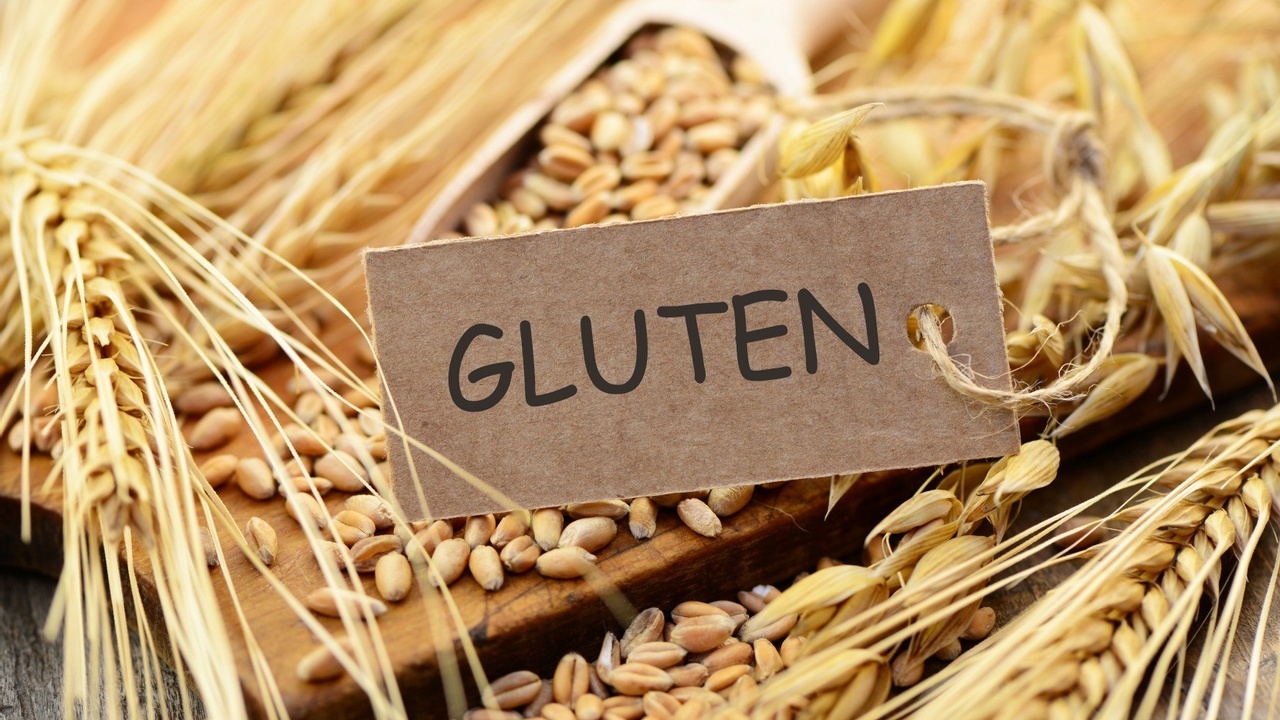 Its very trendy at the moment to be going "gluten-free" and the food industry have not been slow to capitalise on this migration, with so many, often highly-processed, gluten-free options now available.

So what is it with gluten?

It used to be thought that only people with Celiac disease needed to avoid it...after all wheat has been our stable food in Europe for thousands of years - it can't be bad...surely?

Well, firstly, the wheat we eat today has been highly hybridized and genetically altered since ancient times, to the point that modern wheat bears about as much resemblance to traditional wheat as humans resemble Chimpanzees.

According to the seminal work on the subject by Sarah Ballantyne, PhD a staggering 55% of the population, due their genetics have a really hard time digesting this new form of "food".

As someone who manages my autoimmune disease through nutrition and lifestyle changes, I know first-hand the dramatic improvement in my Hashimoto's symptoms when I cut gluten (and similar compounds found in other grains and legumes) out of my diet.

For an autoimmune disease to occur there are 3 factors that need to be present:

1.  There is a genetic pre-disposition towards autoimmunity - meaning someone in your immediate family has one - your mother, grandmother, sister and so on

2. Something triggers the immune system into dys-regulated behaviour. This creates body-wide cellular inflammation which then causes the immune system to attack healthy tissues instead of foreign invaders. This trigger might be an infection, trauma or toxin.

(Aside - inflammation is the initial symptom, not only of the 100+ autoimmune diseases but of almost all chronic, degenerative illness aka avoidable diseases).

3. The gut has become too permeable and allows foreign matter and partially digested food into the body.  This is the most important element as it is the overly-permeable boundary between you and the outside world that allows in the trigger.

If your gut is healthy you can remain free from autoimmune disease, despite poor genes and potential triggers.

So lets get back to gluten...or more accurately, the offending part of gluten: gliadin.

Gluten is a type of lectin, which are found in all foods and all life forms. Some lectins though are classified as toxic lectins because:

1. they are difficult to digest

2. they are known to react strongly with the delicate lining of the gut increasing intestinal permeability (aka Leaky Gut) and activate the immune system

With the exception of Celiac Disease and wheat allergy, the lectins are not toxic enough to make us severely ill immediately after eating them, otherwise we would never have raised wheat as a crop.  Instead, its more a disease of attrition - slowly straining our body until we reach a tipping point and the body can no longer continue to adapt to the constant bombardment of indigestible and irritant "food".

Its akin to the children's game Buckaroo - the first couple of items you remove from the horse don't seem to have any effect until your take the item off that reaches the tipping point and the horse bucks.

Well, eventually after years of eating lectins, primarily in the form of gluten, your body bucks - it can no longer adapt to the body-wide inflammation and it turns on itself. Hello autoimmune disease diagnosis.

Think about the typical Western diet:

That's a lot of wheat all day, day in day out, whilst your body is edging closer to Buckaroo (if you are too young to know what that game is - google it).

And its not just wheat - toxic lectins are found in oats, barley, rye and more....I'll save that for another blog.

So why is gluten the big culprit?

Thanks to the existence of Celiac disease, it has been the most studied but I expect in the next 10 years that we will come to hear of many more lectins that are harmful to human health.

Gluten is a type of lectin called a prolamin and these make up about half the total protein in grains. They are storage proteins in seeds ready for when the seed can germinate.  Before that can happen the seeds need to be transported to fresh soil and this happens by being blown by the wind or being transported in the gut of animals and humans, deposited on the ground in a nice neat pat far away from competitor plants.

So, seeds have very strong defense mechanisms to STOP them being digested by these animal transporters:

1. Prolamins such as gluten do not get broken down into neat individual amino acids but spliced into chunks (think of disassembling a Lego construction into individual Lego blocks - instead you leave 10 or 12 blocks connected into recognisable structures).

Some of the seed is delivered (pooped) to a new location where it can grow and thrive without competition AND the seeds which were semi-digested, damage the lining of the gut, causing it to increase in permeability.

So, not only gluten fragments can pass through an initiate an immune response (until basically the immune system never gets a day off fighting invaders and eventually goes rogue) but other things follow gluten though the gaps, thing like:

*old hormones put into the gut for removal from the body

and just about anything else that really should be destined for the toilet.  So there are your triggers - making there way into the body and setting you up for autoimmunity.

Remember I said about 55% of the population have a genetic make-up that makes it hard to digest gluten?

Here's a list of gluten-sensitivity symptoms many people experience, even without a full blown wheat allergy or Celiac disease.  How many do you have?

Sounds an awful lot like that catch-it-all, lazy diagnosis of Irritable Bowel Syndrome (IBS) to me.

I suffered with IBS for about 25 years and touch wood I have only had one short flare-up in over 2 years.

I was talking with my Functional Medicine Doctor today and he said a funny thing about my Hashimoto's disease which I rather liked.  He said: thank you Hashimoto's - this is the tip of the iceberg - the disease we can see and its an early warning signal to look beneath the surface.  The root causes are still there, hidden for now but whilst inflammation is still lurking it can develop into another autoimmune disease (or other chronic illness) and the next one will probably be worse.

I have come to have immense gratitude for my Hashimoto's disease for being my canary in the cage, warning me that left untended, there is more to come.  My surface symptoms have gone and now I feel I have someone I can really work with to get any final small triggers removed.

(Aside: My regular doctor said my elevated Hashimoto's markers were nothing to worry about because everything else was in "normal" range - it was time to get a new doctor!)

If you are struggling to feel your best, with low energy, poor mental function, gaining weight, have crappy digestion, experiencing pain and getting a larger and larger collection of drugs, START SMALL and do one loving thing for yourself - give up wheat and other forms of gluten for 3 weeks and see how you feel.  Remember this is just the start - there are other indigestible foods commonplace in our diet but we can get to those next.

Interested to know if working with me as your coach to help navigate this dietary investigation would work for you?

If so, book a free discovery call with me and lets see:

Book a call with me today

Stay connected with news and updates!

Join our mailing list to receive the latest news and updates from our team.Don't worry, your information will not be shared.

We hate SPAM. We will never sell your information, for any reason.